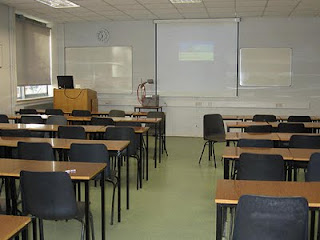 Author’s Ramblings: I’m pulling this one out of a hat…well, sorta. It’s now finals week–and I’m still furiously multitasking to keep a billion-and-one things together. So this week is a bit of a rerun, written for the FW challenge of “Outbreak”. I simply had the urge to use the word “Twitterpated” in a story and this was the result according to the topic. Enjoy!

When the colorful jar of swirled sand fell off her desk, Miss Saunders swallowed the cough drop she’d just put in her mouth. Pandemonium erupted in the classroom of twenty-four and as the screams and shrieks grew louder within seconds, she fumbled in her jacket for the plastic whistle to call together order.

It was supposed to be a fun science day—until Jamie Kingston had loudly proclaimed that the colorful sand in the bottle was love dust. The precocious eight-year-old had then explained that anyone who breathed it would fall in love with the person on their left.

Miss Saunders tried to explain that, when Kristi Milton interrupted to ask if the colored sand was “twitterpated” like the Disney movie she’d just seen. That’s when it started.

The girls were shrieking about breathing the twitterpated sand while the boys were horrified to think they might be forced into falling in love.

She blew the whistle.

Anxious faces stared back at her and slowly, the chaos settled.

“Thank you.” Miss Saunders placed the whistle on her desk and walked around to the front to check the damage. Thankfully, none of the children had run up to the front, so the broken glass and colored sand were still exactly where they’d been.

“No more screaming.” She rubbed her forehead. “Do you want me to report this?” A chorus of murmurs reached her ears. “Good, I didn’t think so. Now then, I want you all to repeat after me—that was ordinary sand. Nothing strange is going to happen. Understand?”

Some of the children nodded, some of them squirmed in their seats, a few of them were looking pointedly to their right. “There is no such thing as twitterpated sand. Sand cannot make you instantly fall in love with anything. Repeat after me-”

Miss Saunders mentally wondered if she had another cough drop somewhere.

“This is just dyed sand.” She tried to explain. “For geography today, we’re starting the section on habitats. I thought it would be a good way to learn about the different deserts if you could see some colored sand.” She pointed at the mess beside her feet. “Real colored sand isn’t blue or purple, but this way it’s easier for you to see. In real life, there are many different deserts with very normal, very ordinary sand in reds, yellows, whites and browns. I thought it would be a fun project for today, but it seems like-”

“It’d be fun, Miss Saunders.” Kristi piped up. “That sounds like loads of fun.”

Miss Saunders felt her eyebrows dancing upwards and she worked to keep her voice light and even to reply. “Really? Even though it might be…twitterpated sand?”

The young teacher fumbled for a smile and managed to pull it off. “That’s alright, Kristi, but next time—I’ll have to-”

Jamie shuffled his feet slowly beneath his desk, peering out from beneath his long bangs to see if any eyes were on him.

He looked down at the floor. “Sorry, Miss Saunders.”

Then he sneezed. Once. Twice. Thrice.

Their eyes met and she gave a jerk of her head. He hurried out of the classroom and she excused herself a moment later, to join him in the hall.

“Sorry, sis.” He coughed again, slumping to the floor.

She handed over her last cough drop. “You should go to the nurse’s.”

“And become another test subject?” He wheezed. “No thanks.”

“No!” He coughed, turning away. “Look at them. They’re clueless! They really thought sand could do something like that.”

Miss Saunders swallowed, then slowly slid to the sterile white floor to sit beside her baby brother. They sat, in silence, listening to nothing.

“You gotta go back in—before Dad catches you.” His eyes flickered meaningfully up and down the hallway. His worry for her trumped his own health.

She cracked a smile, reaching over to ruffle his short, choppy hair. Her little brother had guts. “Big deal. We were created with free will, Jamie. Not to be superkids with little nanobots in our brains–I don’t care if Father has something to say about us taking a breather in the hall-”

“Sure, sure.” He smiled, weakly, but made no attempt to dodge the gentle hands rubbing in soothing motions over his aching head. “Go or he’ll yell.”

Rising, she gave the stiff, blonde strands, a light tug, brushing his forehead as she turned towards the classroom door and swiped the security card on the keypad.

It was just another day, another chart of data, another moment where she felt the lesser of two evils really wasn’t all that little than it was made out to be. Jamie sat, panting softly, his head now tucked between his knees. He was recovering from one of his usual attacks–one of the side effects that their father had refused to acknowledge. She swallowed, resisting the urge to reach out and comfort him again, it would be bad for both of them if they were found outside of a classroom during school hours.

His head lifted, briefly, for a moment and he made himself smile for her as she forced herself to return the expression. “Take deep breaths. Come back if you can. I’ll write you a hall pass.”

The door beeped and she traded realities again.