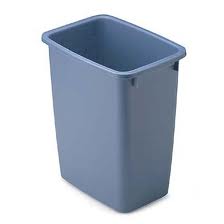 This week’s Friday Fiction is hosted by Julie Arduini @ her blog, the Surrendered Scribe. Click here to read and share more great fiction.

“Do what? Where are you going?”
“Ah. He just doesn’t like to see this part.” Brin smiled, politely. Slender, pale fingers curved around a beautiful, white teapot, pouring a steaming cup of liquid from the angled spout. “Tea?”
“What part?” She sniffed it. “You’re not trying to poison me or something, are you?”
“And if I was?”
“I wouldn’t have a clue.” She said, cheerily. “So it doesn’t matter!” The contents were downed in a few large swallows. She grimaced. “Lukewarm.”
“Sorry, this room doesn’t come with a  kitchenette.”
“Why are you apologizing?”
“Because it’s the polite thing to do.”
“Huh?”
“Trash can.” He tugged out the plastic trash can from beneath the desk and scooted it over in front of her at the edge of the bed. “Here you go.”
“I’m missing something there.” She said, flatly. “What exactly are you trying to tell me?”
“One, two and three.”
“Huh—oh, urgh…ohh bleck.” With that twisted exclamation, Ebony promptly threw up into the trash can—or rather, tried to. There wasn’t much of anything to come out at all. She half-stood, half-crouched over the can, her sides heaving and her stomach trying to expel itself from her innards. “I hate you.” 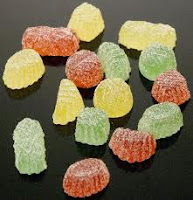 “I’m sure the feeling is entirely mutual.” He smiled, but the expression seemed unnatural on his thin face. “How did you do that?”
“Do what?” She glared at him, wiping her mouth with the edge of the bedsheet. Her face twisted into a grimace again as her stomach heaved once more. “Did I mention that I really, really hate you?”
© Sara Harricharan