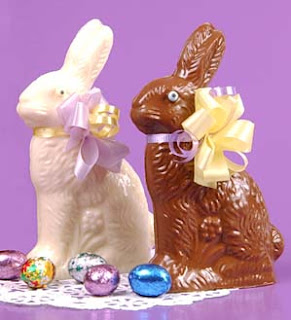 This week’s Friday Fiction is hosted by Sheri Ward over @ her blog, A Candid Thought. Click here to read and share more great stories!

Author’s Ramblings: This is a bit of prompt fiction from the sheer fact that I feel like eating bucketloads of Easter candy. You know, the kind in shiny pastel wrappers that are ONLY filled with chocolate and marshmallow stuffs. I kept it short and hopefully enjoyable as well. Thanks for reading and happy weekend!